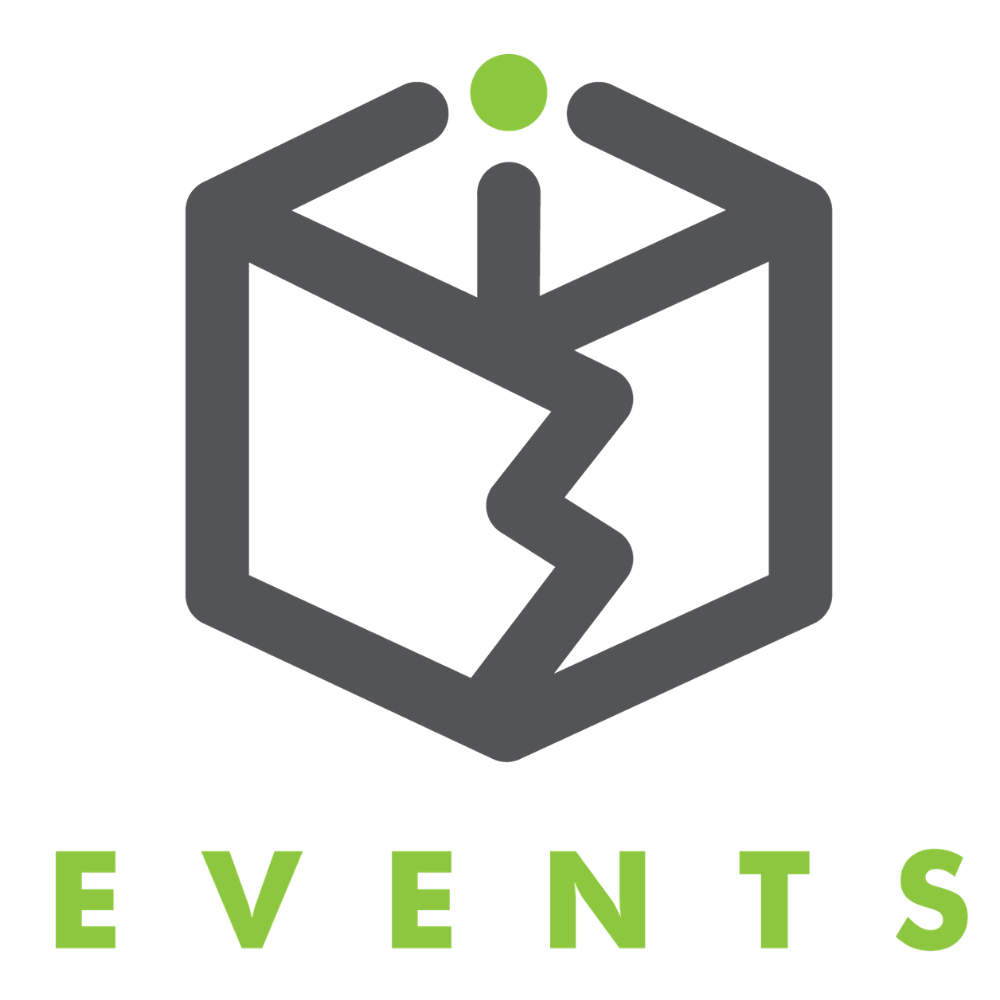 When picking a destination for your next conference or convention, major cities such as Los Angeles, Chicago and New York seem easy picks because of their infrastructure, transportation options, and the wide array of venues. Yet, for companies and associations looking to get better value for their money, it pays to consider second-tier cities, such as the three listed below. Though easy to overlook, each of our selections offers appealing incentives that make for successful events and repeat visits.

Dubbed the City of Roses, Portland is located on Oregon’s northern border. Drive an hour-and-a-half east of the city to reach the Cascade Mountains; venture little more than an hour west to reach the Pacific Ocean. The Willamette River and Burnside Street divide the city into quadrants.

It’s easy to get there and to get around, too. Portland International Airport receives direct flights from more than 100 cities worldwide. Once you’ve arrived, hop on the MAX light rail system, which passes through 97 stations connecting the city, airport, and surrounding environs; the Portland Streetcar traveling through the city; or utilize the 1,000-bike system, BIKETOWN, that enables bike users to rent 24/7 for a very reasonable fee.

“Planners and delegates alike have an easy time getting around Portland with our world-class transit, but what I think they really love is taking advantage of the tax-free shopping,” said Desiree Everett, Director of Convention Sales for Travel Portland. “Of course, who can forget about Portland’s national reputation as the top foodie destination in the U.S.?” Among their culinary offerings, Portland boasts more breweries than any other city in the world and more than 600 food carts.

In addition to the added value of no sales, food or beverage tax, hosting conferences and conventions here is made easier by the temperate climate, usually ranging between 39.6 F and 76 F, making holding events here practical year-round.

The eco-friendly city offers venues ranging from the Oregon Convention Center, hosting events from 10 to 10,000, to the Moda Center, a multi-purpose arena with the capacity to host 20,000 spectators, or it can be sectioned off to a smaller setting for up to 4,500 guests.

“As more and more people discover how special our city is, Portland is adding some great new facilities for meetings and conventions,” said Everett. “There are 15 new hotel projects underway, along with a number of new meeting venues Portland is adding. Some of our most interesting venues bring new life to historic buildings and offer planners creative options for meeting spaces.”

Portland expects to add more than 1,700 new hotel rooms by the end of 2017 with another 1,600 in the near future. Marriott, Hilton, Hyatt and Radisson are among the bigger brands that recently opened or anticipated opening properties.

“All this is offered up with friendly hospitality and big-city amenities only available in a place like Portland,” said Everett.

Visitors to Cincinnati, located on the banks of the Ohio River, experience a blend of Midwest feel and the southern charm of Northern Kentucky, just across the river. Take one of the area’s many bridges (some are pedestrian accessible) to sample bourbon and fried green tomatoes in the adjoining state, or visit one of “Cincy’s” many breweries to wash down Cincinnati-style chili; locals consume more than two million pounds each year!

“Cincinnati is on an incredible run, and is without a doubt a convention city,” said Yancy Deering, director of communications at the Cincinnati USA Convention & Visitors Bureau. “Our city has a compact and walkable downtown, which makes it convenient for attendees to easily move from the Duke Energy Convention Center to their hotels and throughout the city center.”

The Cincinnati Bell Connector, a recently debuted electric streetcar, connects areas like the downtown business district, shops and restaurants in the city’s historic Over-the-Rhine neighborhood, and The Banks, a downtown entertainment district along the river. For just $1 a ride for two hours or $2 for 24 hours, passengers can travel along the 3.6-mile loop to reach more than 18 tourist attractions, nearby hotels and the Duke Energy Convention Center (just a three-block walk away).

“Cincinnati’s hospitality industry works at accommodating guests’ needs,” said Deering. “People are friendly and, more often than not, offer to help even before visitors ask for it. This area’s commitment to hospitality and its compact size allow conferences and conventions to make an impact and ‘own the city.’”

Hotels opening within the next year include the 170-room AC Marriott Hotel, 106-room Marriott Autograph Collection, 117-room Holiday Inn & Suites, and the 114-room Hotel Covington. One of the city’s largest event spaces, Music Hall, is in the middle of a $135 million renovation and Union Terminal, at the Cincinnati Museum Center, is undergoing an extensive, $212.7 million renovation as well. The Terminal is home to the Cincinnati History Museum, the Museum of Natural History, the Duke Energy Children’s Museum and the OMNIMAX Theater, with the Center for Holocaust and Humanity Education relocating here in 2018.

“We are able to offer the big-city experience and amenities that people love without the hassle or anonymity that comes with big-city meetings,” said Deering.

With its location on the mid-Atlantic Coast, Norfolk is just a few hours’ flight or drive from two-thirds of the U.S. population. Water takes center stage in this coastal Virginia city, where the Chesapeake Bay meets the Atlantic Ocean, home to the world’s largest naval station and one of the East Coast’s largest ports. There are more than 144 miles of shoreline to explore.

“Norfolk is a vibrant, accessible and walkable waterfront destination,” said Donna Allen, Visit Norfolk’s vice president of sales and marketing. “It has its own unique edginess to it that makes it a fun city to explore. The city hosts a variety of culinary, music and art festivals throughout the year and offers a range of on-the-water activities.”

On land, transportation is never an issue within 12 walkable downtown city blocks but nothing is more than a 15-minute drive away from nearby hotels. The Tide, Virginia’s first and only light rail system, connects passengers to downtown Norfolk and the surrounding environs on a 7.4-mile rail line.

“There is a lot happening right now in Norfolk; we’ve got the NEON district (New Energy of Norfolk) full of galleries, restaurants, a comedy club and more,” said Allen, “a strong and innovative culinary scene, amazing beer scene and new hotel and residential development.”

Unique meeting venues include Half Moone Cruise & Celebration Center, the newly minted downtown waterfront attraction hosting up to 2,620 attendees; and downtown Norfolk’s Scope, managing groups of up to 12,600. The new 300-room Hilton Norfolk The Main hotel and conference center will open in early 2017, and the Sheraton Norfolk Waterside Hotel and Norfolk Waterside Marriott Hotel are undergoing major renovations in the spring of 2017.

“Our city does friendly as well as anyone,” said Allen. “No matter where you are from, we are glad to have you here and we are not shy about letting you know it.”

Sign up for email updates, all the cool kids do it! 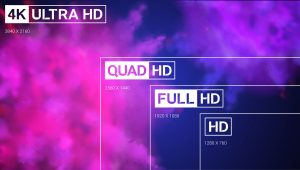 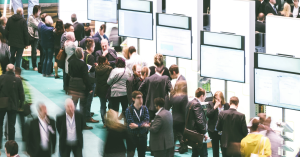 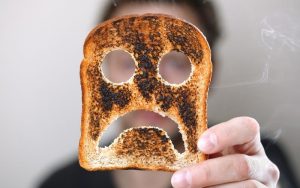 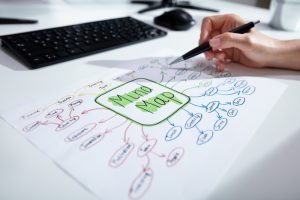